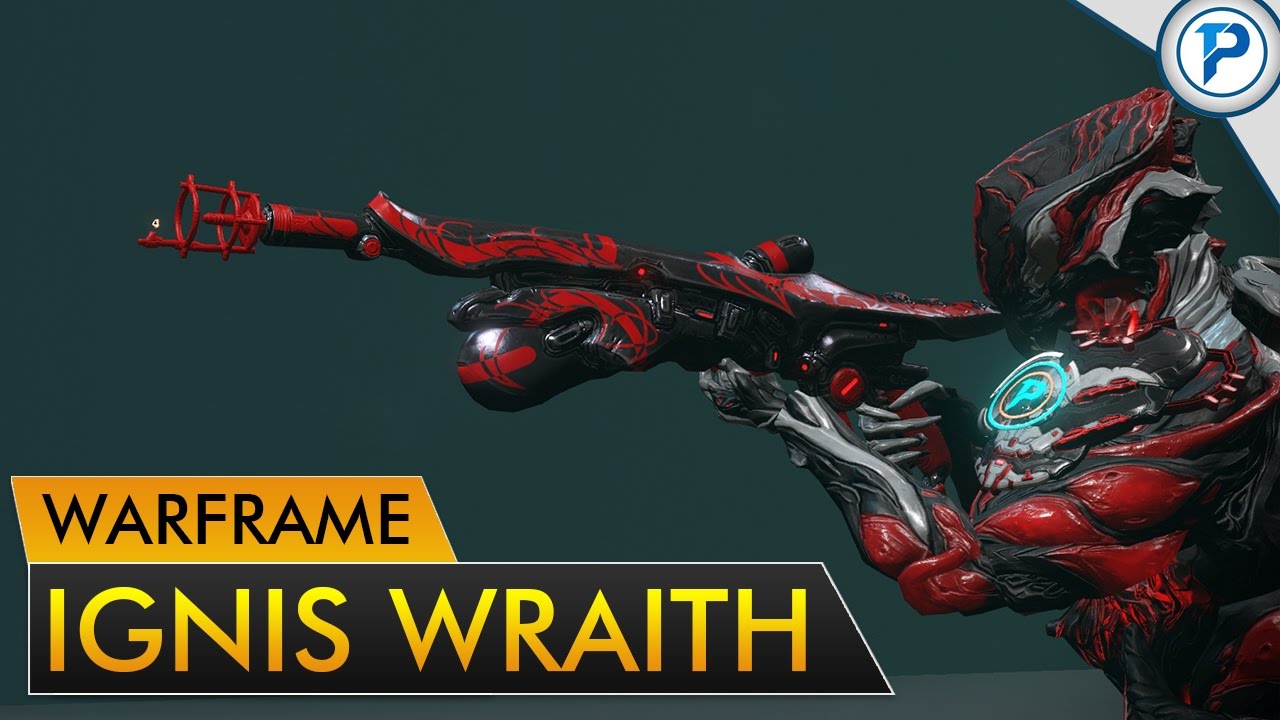 Hey warframe lovers! We are here with a new weapon, whose one shot is enough to kill enemies in a good number. Ignis wraith is a flamethrower, a primary weapon whose constant shot for a minute is enough to cause great devastation. So for what you guys have been looking for? Try out this and play well so that it could be more fun.

Ignis can no longer go through walls and it now needs a punch through for doing it. But in general, warframe ignis wraith is a better and powerful weapon with the capability that it can kill things completely on various planets with ease.

Let’s have a look at its characteristics and also understand its stats.

It can be prepared with the help of a blueprint that will be available to you if you buy it from Void Trader and for this, you have to trade with the players who have attained the blueprint from the operation which is the Pacifism Defect. The warframe ignis wraith is a weapon that has been rewarded from the operation known as the Pacifism Defect. It will depend on the participation of the players that will acquire the weapons cars in the event. It will also keep a record of the player’s performance and the experience by using warframe mastery rank.

Ignis wraith veils a good range with a decent radius. It is capable of clearing a good number of enemies easily. It is very good at causing damage to the enemies because of its average critical cases and high-status cases. It can be more effective if we use proper modding.

The following are some other sample builds

In this range, combustion beam mode is used which will explode the enemies when they will die.

Serration and the heavy caliber are included to cause heavy damage along with the increase in the ignis wraith spread. Spilled chambers are used for multi-shot while Sinister Reach can be used for increasing the range. You can use the Shred as it will increment the punch through. But the fire rate can be substituted with the Speed Trigger. It’s up to the user whether they want the punch through or they can use the suspected method.

Here we have added two more primary damage that can be used according to the preferences. You can even target the enemy’s weakness. The build is helpful to clear a good variety of groups of enemies. The enemies killed are going to explode so it can cause more damage. So it will help you clear all the enemies in no time.

The build is quite similar to the previous one with the only difference of Sinister Reach that is unavailable in the game. Also, the range has been reduced and it is replaced by Vigilante Armaments. Due to this the additional projectile re-fired more and also helped in the great damage.

You can also replace it with any other mod. But in the case of Sinister Reach, you will lose the range and you have to move closer to hit the enemies.

This build also has many things in common. Here also you can replace rest with the Point strike so that you can hit for the critical cases. Also, the vital Sense to have a larger critical multiplier.

The main aim of this build is to deal with the great damage and utilizing the damage of bonuses which will deal with the weakness of the enemy.

If the Hellfire is not added the user can select more elements and instead insert another element forming a composite element if heat damage occurs in the construction. In addition to the damage from elemental bonus damage, it has some additional critical functionality that will outweigh all damage when critical hits occur.

Here the exchange of four elemental with the rest. It gives the modern combination and also the larger status cases. The user is free to choose the appropriate combination and these modes are rearranged. The main aim of the build is to cause good damage to the enemies. In addition to this, it can also cause inverse effects on status.

The build-in inherited from the above builds. Here we mix various mods with each build to have critical and status builds together. The main aim of this build is to deal with the huge devastation along with that to cause the status effect and cause more damage. The builds mentioned are not the only ones for warfare Ignis Wraith but this doesn’t mean that these are not useful.

With regard to modding you will find several possibilities. Since the build can cost you 7 forma but the damage would be great.

To explain more let’s take an example, here you will be able to add the next mod they can shred, Sinister reach, or what about the Combustion Beam. These three can effectively bring huge damage to the enemies in every mission.

Let’s think of a weapon that can kill enemies in a large radius. So for this purpose, you can use this warframe ignis wraith weapon. The vigilante fervor is also a different mod used in the ignis.

This build uses Infected Clip along with the thermite rounds to do the gas damage. Hummer shot is a replaceable mod. This is used to maintain the polarities with other builds. As we know that to cause damage to the enemies then you should use the Ignis wraith.

As we have discussed above, this flamethrower can bring huge destruction to the enemies. Warframe ignis wraith is one of the best weapons to play an endless game of warframe sanctuary onslaught repeatedly by getting rid of the large crowd of enemies coming in your way. So, without wasting much time do try this weapon. You are going to love it. This weapon will be available to you when you acquire a 9 mastery rank in the game. So, what is stopping you from playing it? Give it a try. This weapon is awesome.