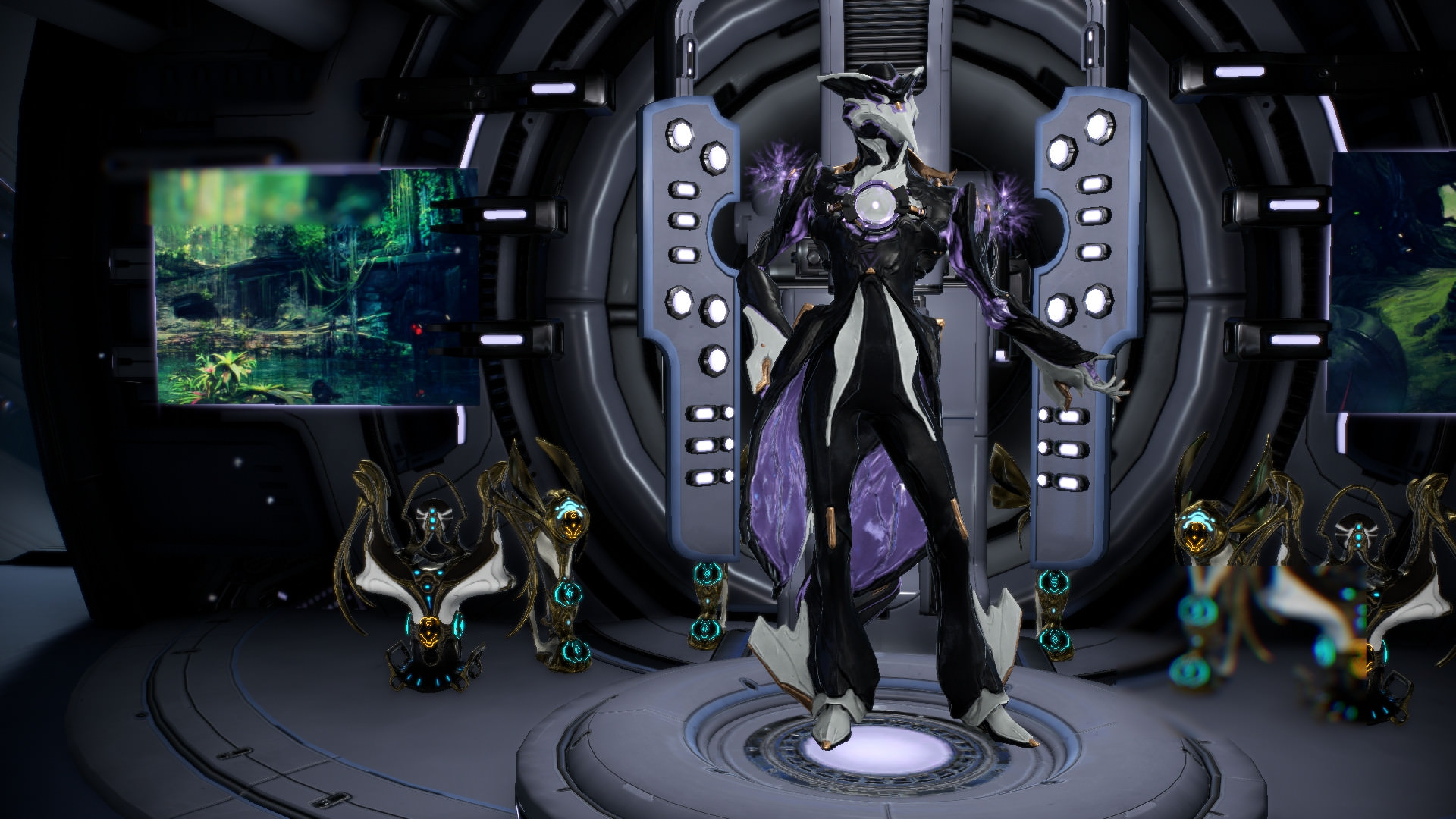 Excalibur, one of the most classical and recognizable Warframe of the game is an excellent balance between strength and speed and can be counted in the list of the great Warframe for the novice as well as the experienced players of this game.

How To Buy Excalibur Umbra Build

The various parts of the Excalibur can be obtained from beating Lech Keril, who is the Lieutenant on the missions of Mars in the game. You can buy his blueprints from the market of Ingame in the orbiters from a credit of 35000. Besides the whole process of farming all of his parts, you may also purchase Excalibur from the same market for the price of 75 platinum.

The Excalibur Umbra is a member of the Umbra community and is an exceptional and special adaptation of the warframe like warframe endo farm, plague star etc. It features qualities such as a high level of armoury as well as a high of energy together with the Warframe prime Excalibur and is able to go forward and fight on its own when its operator is busy in the operator mode.

The Excalibur Umbra has loads of abilities that will help you all throughout the game. Some of these include slashing various enemies in a single dash, blinding the competitors with a flash that can prove to be too intensive for them to handle, summoning javelins so as to kill off the enemies and release the power and strength of his very own exalted blade. Moreover, his passives enable him to deal with an increase in the destruction and even more, allows it to attack speedily with the swords, rapiers, and nikanas as well as the two-handed nikanas.

The ability which sets the Excalibur Umbra apart from others is its exceptional ability of moving and attacking by its own when you are playing in the Operator mode of the game, where he is allowed to make use of the equipped weapons and hence, resort to the melee if the proximity to the enemy is closer.

Excalibur Umbra prime has the ability to dash forward and attack those enemies which come in front of it and then slashes those it finds on its way. During this slash dash, the Excalibur umbra is immune to destruction and damage which makes it a good option for the purposes such as attacking as well as for running and escaping from the competitors or the enemies.

Emitting this along with the Exalted Blade gives way to a greater damage and also dispatches waves towards the enemies as well.

This ability of Excalibur Umbra is highly regarded for dealing with the destruction and also for closing in on the competitors or for running away from the problems and the troubles and also can cast for fast movements in the air.

When this ability is cast, it is sure to give the enemies some chills and can also become an opener for these finishers when the casting is done by Excalibur Umbra, the sentients tend to lose their resistance. Moreover, this ability is also great for the purpose of dealing with controlling the crowd and then also, initiating the fighters which can prove to be stealth attacks and can work amazingly with various situations and times which is also inclusive of initiating attacks or escaping from the situations of danger.

The Excalibur slams his weapon on the floor and then sends out his javelins so as to inculcate fear into the enemies dealing with the enemies in a very large region.  This ability is also good enough to surprise, or let us say shock the enemy team who don’t die from the destruction which occurred in the beginning. It can also be applied as a very good method to kill or also deal with the process of controlling the crowd when there is a large presence of the enemies. This ability to stun or kill the enemies gives way to even bigger opportunities for the Excalibur Umbra to make a good use of the time that has been provided to him after the whole killing of the enemies along with his allies.

On those missions which are at a lower level, this ability can be counted as an easy way in order to get away from the various enemies who surround an objective or to get rid of them at a fast rate.

The Excalibur lets go of his elevated weapon, calling for the sword which is used by him for the purpose of slashing the enemies which thereafter, releases deadly waves after the occurring of the attacks.

This Exalted Blade enables the Excalibur to unleash the waves that reach the enemies and their objects when it is attacked which is followed by the attack of Radial Howl or Radial Blind when performing the spin attack.

The Excalibur is prepared to deal with both, the damage on the melee as well as with the waves that are sent out because of his attacks.

This one can be counted as one of the most powerful abilities and the best part is you can easily mold it to the form of your choice and for the purpose you wish to use it for. You can use this ability for either the purpose of dealing with a large amount of deadly destruction or last the entirety of the mission.

The strength-duration build enables the Excalibur to deal properly with the major disaster and destruction and has the ability to last for a long duration with a reduction in the action in range and also no alteration in the level of efficiency.

Most of the abilities of the Excalibur tend to have a short-range but he is good enough to extend till the point where they last longer and can properly deal with the destruction.

This build tends to focus more on range and strength and moreover, trades up to the two stats for a smaller time duration as well as efficiency.

This build causes the Excalibur to have a range which is very high and significantly deals with a high amount of energy. But at the same time, the cost in the field of energy tends to increase.

This could be used to deal with a large area destruction and crowd, thereby making crowd control an efficient method.

This particular build has an advantage from the rise in the range of the abilities, therefore making this build a good option for the purpose of controlling the crowd.

The Range build is one of the best builds and is great for the team players and for the semi supporters as well as for taking advantage of controlling the crowd so as to take benefits from the enemies.

This particular build exchanges duration and strength for a higher level of efficiency, complemented with a good quantity of range as well.

The aura used in here is that of Steel Charge which is one of the most amazing aura which provides you a ton of flexibility as it tends to give you more capacity when compared to that of the other auras. This aura works well with this build too as it tends to add an extra destruction to the Exalted Blade.

The Excalibur Umbra is counted in the beginner Warframes and is searched by a lot of people for good builds, even when the case is such that they don’t really own all those mods which are required to convert into the sword fighter they wish to become. The Beginner Build characterizes mods which are somewhat easy to obtain and abstain from the application of the use of the primed or special mods.

This kind of build is all about the Exalted Blade, which is considered as the Ultimate Build. It activates the exalted weapon, and moreover provides you with a large amount of damage boost.  It gives you opportunities to shoot your slashes of sword through the map and provides you with an advantage of owning a very strong sword which will help you in killing your enemies in a group in a very small amount of time.

It can sometimes work in your favour, bringing this build while still being good enough to deal with a great amount of destruction. The tank build tries to blend the advantages of the standard build with an even larger amount of tankyness.  While you play this build, you need to make sure that you become properly informed of the strengths and the weaknesses it possesses.

Being a very special build, the Sentinel Mode Build is only feasible for the version of Excalibur Umbra in Warframe the sacrifice. If you change to the mode of Operator while still using this Excalibur Umbra, the Warframe tends to automatically switch to the Sentinel mode and begin the application of the equipped weapons so as to protect himself and your operator till the time Warframe is stuck at zero life points.

You could now easily see the reasons as to why the Excalibur Umbra is so popular and loved among the gamers. Being one of the beginners does add to its charm, but at the same time no one takes the credits away when it comes to his exceptional and great sets of skills.  And you can see that with the various builds. The list of the build goes on.  Once you reach the Umbra version of Warframe you will easily understand the hype around this character.